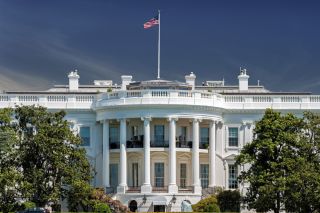 Representatives of some of the world’s biggest technology companies have met with White House officials to discuss how technology can combat the outbreak of coronavirus.

According to Reuters, U.S. Chief Technology Officer (CTO) Michael Kratsios announced the release of an entire database of scientific literature. He called upon the tech companies to use tools such as artificial intelligence (AI) to “help medical researchers glean scientific insights from this collection of articles”.

“Cutting edge technology companies and major online platforms will play a critical role in this all-hands-on-deck effort,” he allegedly said.

Companies that took part in the meeting include Amazon, Apple, Cisco Systems, Facebook, Google, IBM, Microsoft, and Twitter. They met with “numerous U.S. health and other federal agencies’” representatives, as well, it was said. Some came in person, other joined via teleconference.

The coronavirus is believed to have originated in the Chinese province of Wuhan. So far, more than 120,000 have been infected and roughly 4,600 have died. Latest reports indicate the virus has spread to Europe, with Italy the focal point. There are also many reported cases in Germany, Austria, Croatia, Spain and the UK.

Many tech giants, including Google and Microsoft, offered their remote collaboration tools for free to companies for a limited time, to help combat the spread of the disease.