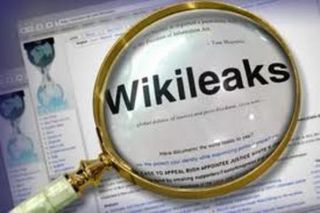 WikiLeaks has released a total of 8,761 document, codenamed “Vault 7”, which focuses on the CIA hacking programme which the Agency used to hack popular apps and spy on people. These documents are the latest episode in the fight between US and Russia’s intelligence agencies, and discover the methods the CIA used to spy and collect intel on people around the world.

The documents date back between 2013 and 2016, and WikiLeaks describes them as the “biggest ever leak of confidential documents from the CIA”.

WikiLeaks says these documents have been circulating among former US state hackers without authorisation, and that one of them had sent a portion to WikiLeaks.

Julian Assange, the WikiLeaks editor-in-chief, said the disclosures were “exceptional from a political, legal and forensic perspective”.

Even though Assange usually does not talk about WikiLeaks’ sources, he said that these documents did not come from Russian sources.

American officials said they won’t comment on the authenticity of the documents. It is understood that the documents are genuine, The Guardian wrote.

“We do not comment on the authenticity or content of purported intelligence documents,” wrote CIA spokesperson Heather Fritz Horniak.