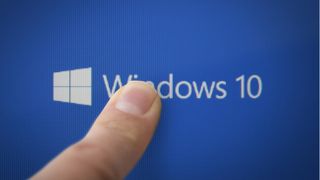 As the Windows 7 end of life date draws closer, users are finally starting to move over to Windows 10 in greater numbers.

According to the latest operating system market share figures from Net Applications Windows 7's share of the overall market (which includes Apple's operating systems, Linux and others) fell 3.6 per cent to 31.8 per cent.

Windows 10 increase, on the other hand, increased its share by 3.1 per cent, taking it to 48.9 per cent or the total market -  the second largest increase ever seen.

Windows 7's July drop is one of the largest drops ever recorded by Net Applications ever saw.

Windows 7 is fast approaching its end of life, which is scheduled for January 14, 2020. After that date, Microsoft will no longer issue regular patches and upgrades to the system, which means whoever continues using the OS risks flaws and unpatched vulnerabilities.

Truth be told, Microsoft can still release patches on demand, but organisations that request such help from the company will have to pay to get the job done. At the end of the day, deciding to keep Windows 7 running could prove risky and costly.

The same thing happened to Windows XP, but that didn't stop organisations to keep running the outdated OS, even today.