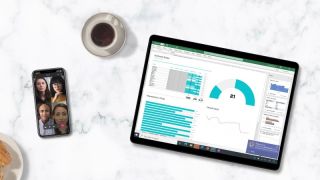 UK workers are having a hard time getting to grips with new digital tools, according to a new report from UX design and development agency Sigma. As a result, they are losing hours upon hours of working time every week.

The report, based on a poll of 500 SMEs and 500 large businesses, states that employees lose roughly half an hour (28 minutes) every day trying to set up new digital tools.

Further, two thirds lose up to half an hour every day as a result of inefficient or non-intuitive software, while a quarter allegedly lose up to an hour per day to these problems.

Given the number of workers forced into remote working and pushed to adopt new tools, the time wasted quickly adds up. On average, UK workers operate four digital tools as part of their job, with a handful using as many as nine.

For Hilary Stephenson, Managing Director at Sigma UK, the problem lies in the fact that businesses have not just replaced old tools with new ones. Instead, they have added new tools on top of existing ones, serving to complicate matters.

“For example, email is being replaced with instant messaging apps and boards to share information that would be typically emailed, however it doesn’t suddenly become a legacy channel; new ones are simply added on top,” she explained. “Instead of just checking emails, everyone has to stay on top of numerous channels at once.”

Despite troubles, the vast majority of workers (81 percent) feel new digital tools are making their work days easier, allowing them to be more productive and efficient.