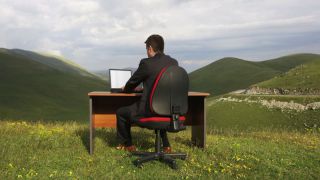 The Covid-19 lockdown and the subsequent rise of remote working did not only catch businesses by surprise. Workers, too, found themselves without suitable working rooms, desks, chairs and other accessories needed for effective remote working.

According to a new report from Uswitch.com, as soon as the lockdown began, employees from all over the UK began purchasing office gear en masse, with more than seven million people purchasing new office gear.

Headphones were the most popular item, with 2.3 million employees buying themselves a new headset for work calls and video conferencing. 1.7 million people, meanwhile, purchased a new work desk, while 1.6 million invested in a new laptop.

Nick Baker, broadband expert at Uswitch.com, believes the investments are being made in part because millions of workers expect to continue working from home, post-pandemic.

“Employees are realising that having a stable broadband connection isn’t the only thing they need to work from home, with millions buying new headphones, laptops and desks to create their own mini-offices," he said.

"When you’re purchasing office equipment, don’t be tempted to buy the first thing you spot online. Take time to shop around and compare what’s available out there, making sure that any deals including the cost of delivery, especially for bulky items like desks.”