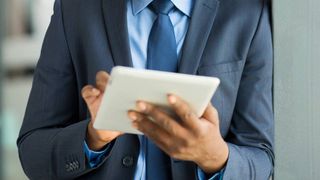 Tablet sales have fallen yet again as the market continues to struggle worldwide.

The latest figures from analyst firm IDC show that 163.5 million units were shipped by the top five tablet makers during 2017, a 6.5 per cent fall from the 174.9 million units shipped across the whole of 2016. This marks the 13th consecutive quarter of decline for the total tablet market.

However the detachable tablet market saw an increase of 10.3 per cent from the previous year to top 6.5 million units in the fourth quarter of 2017.

Overall, Apple mantained top spot as the world's top tablet maker, shipping 43.8 million units in 2017 to take a 26.8 per cent market share, a three per cent increase from the previous year, helped by price cuts to its iPad line and a refreshed iPad Pro launch.

Amazon overtook Samsung to become the world's second-largest tablet vendor for the first time, with a range of new launches helping it to score 2.5 million extra sales during 2017, representing a 50.3 per cent year-on-year growth to take 15.6 per cent of the market share.

Huawei and Lenovo rounded out the top five vendors, shipping around three million units each, showing that there is still an opportunity for both mobile and PC manufacturers looking to extend their product portfolios.

"To date, much of the trajectory of the detachable market has been attributed to Microsoft and Apple pushing their wares in the U.S.," said Jitesh Ubrani, senior research analyst at IDC. "However, continued success of this category hinges on the willingness of other PC vendors to participate and more importantly, consumers from other countries to adopt the new form factor over convertible PCs."