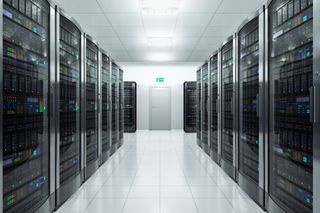 The world's largest data centre is set to be built in the Arctic Circle.

Kolos, the firm behind the project, has chosen the site, in the Norwegian town of Ballangen, due to the abundance of local hydropower and the chilled air which will help naturally keep the data centre's temperatures low.

So far the US-Norwegian company has raised several million dollars to help fund the project from private investors in the country.

The data centre would initially draw 70 megawatts of power, but within a decade Kolos is planning to have enough server modules to draw over 1,000 MW.

Although the firm has claimed that its data centre will be the world's largest, Amazon's data processing division is already estimated to draw around 1,000 MW of power in Ashburn, Virginia.  Though its servers are spread out and not clustered together into a single data centre.

“It's quite literally the lowest power cost in Europe – and 100 per cent of the power is renewable on one of the most stable grids in the world.  It's a region of the planet that is naturally cool and has idea humidity, so we can keep the servers cool without having to artificially chill them.  It has unlimited access to fresh, clean cool water as a secondary chilling source.  And there's a university nearby, which produces about 200 technology students a year – and the idea is to employ some of these.”

As of now Kolos has the support of five local mayors and the company will have a meeting with Norway's climate and environment minister Vidar Helgesen later this week.