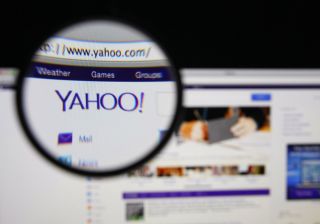 While many tech companies have moved away from the practice of scanning user data to sell to advertisers, Yahoo is doing just the opposite and according to the Wall Street Journal, its parent company Oath is currently in talks with advertisers to launch a new service that would give them even more user information.

Oath's new service would analyse more than 200m Yahoo Mail inboxes to find relevant information on its users that would then be provided to advertisers.

The company admitted that it does scan users' emails but clarified that it only does so with promotional emails from retailers. Users have the ability to opt out of having their emails scanned but Oath argues that its data collection is just part of supporting Yahoo Mail's free email services.

Yahoo's premium email service, which costs $3.49 a month, also scans users' email but as before there is a way for customers to opt out. However, finding the option to do so is not a straightforward process.

Oath's email analysis system works by sorting Yahoo emails based on consumer preferences and then leaving cookies to indicate that they will see similar advertising in the future. The system labels customers based on their interests and then provides this information to advertisers to help them better target particular groups of users.

Competing against more popular email services such as Google's Gmail has become increasingly difficult for Oath. Since Yahoo Mail is often used as a secondary email provider by many users, the company is trying to take advantage of the fact by scanning unwanted emails from retailers to provide advertisers with better information on its users.

While the process of collecting information on users is somewhat controversial, Oath has given its customers the ability to opt out and no free service online is ever truly free.