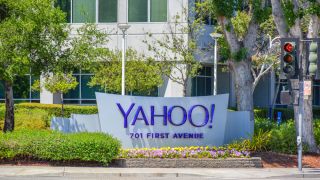 The first lawsuit has been filed against Yahoo for the way in which it handled a hack that exposed the sensitive personal details of at least 500 million accounts.

Two Yahoo users have filed a class-action claim against the company in San Diego, California.  The case is accusing the company of failing to protect sensitive information under the Unfair Competition Act and the state's Consumer Legal Remedies Act.  Yahoo is also being held accountable for its negligence when it comes to the site's weak security and of breaking the Federal Stored Communications Act.

The plantiffs' lawyer, David Casey explained why the suit was filed: “There's a sense of violation. We think they breached their duty of trust to the clients and violated privacy laws. I anticipate hundreds of cases will be filed and then those will be consolidated into one federal class action lawsuit.”

Casey also noted that his clients have already been affected by the hack with one of the clients already noticing suspicious activity on their credit card and another concerned that their tax and financial data has been viewed by others.

The court filing brings up the issue that Yahoo had “unreasonably delayed” informing its customers in regard to the hack. The company is blaming state-sponsored hackers for carrying out the attack in 2014 and it should have detected it sooner.  Yahoo should have made its users aware of the hack immediately after discovering it instead of waiting an entire month to do so.

Regarding the delay in informing users, Casey, said: “There's a lot of anger over the delay.  The delay is pretty inexplicable.”

It is highly unlikely this will be the only lawsuit filed against Yahoo and with over 500 million users being affected by this hack, the company may end up paying to settle a lot of cases.

Verizon's deal to purchase Yahoo's core business will likely suffer as well since the deal will certainly be recalculated following the news of the hack.