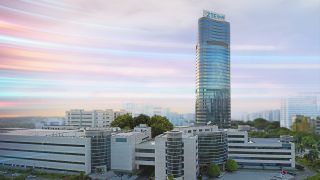 Despite the fact that its devices were recently banned in America, Chinese smartphone maker ZTE is now facing a patent infringement lawsuit in the US.

Seven Networks has alleged that ZTE's firmware uses seven of its own patents regarding battery management, data transfers and notifications. The software developer's complaint alleges that the ZTE Blade smartphone as well as its other devices, use parts  of all seven patents to manage their battery life and handle notifications and data transfers.

Seven Networks is now looking to settle the matter in court to see how much it is owed. ZTE has responded with a motion to dismiss the case, arguing that since its US headquarters are incorporated in New Jersey, the Northern Texas District Court does not have jurisdiction for a patent case.

However, Judge Barbara Lynn has denied ZTE's motion and ruled that the case would go to court noting that a federal law simply requires a company do business in a district to establish jurisdiction.

The ruling puts ZTE in an odd position since it will now have to deal with a lawsuit in a country where it has already been blocked from doing business in as a result of a Department of Justice ban on US exports to the company.

ZTE has decided to halt production until the ban is lifted and its lawsuit with Seven Networks will likely complicate matters further.