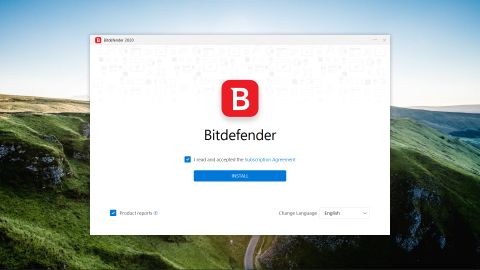 Bitdefender 2020 offers a range of high-quality, user-friendly, and feature-rich solutions for everyone’s budget and requirements.

Bitdefender 2020 is the range of products coming to us from a Romanian cyber-security company with longtime experience in this industry and a reputation for powerful and efficient antivirus software. This range consists of Antivirus Free Edition, Antivirus Plus, Internet Security, and Total Security.

Each of them offers quality protection against malware and advanced features that vary depending on the package you choose. All the products can be fully tested before making a definite commitment thanks to a 30-day free trial, and you won’t even need to leave your credit card information.

It won’t give you the advanced multi-level ransomware protection or fancy features like a password manager, secure browser, Wi-Fi scanner, or VPN that other Bitdefender’s products include. However, considering it’s free and simple, you’d still be getting a real antivirus you will be able to use for a long time.

Bitdefender Antivirus Free can be downloaded on Windows, Mac, and Android platforms. To run it, you only need to enter your email address to create a Bitdefender account, set up the app, and you’re good to go. Although it’s very simple and user-friendly, the app may require some time to scan your device, especially considering there’s no Quick Scan option to check for the most likely infection areas in only a couple of minutes or less.

The commercial range begins with Bitdefender Antivirus Plus, which extends the core functionality with a password manager, Safepay secure browser for online banking and other transactions, the next-level ransomware protection, Wi-Fi network scanning, vulnerability scanner, and secure file erasing. It also includes the free version of Bitdefender VPN that allows up to 200MB of daily traffic.

Users can choose between the slower, full System Scan, the Quick Scan that checks only the most common infection points in 30 seconds, and other, customisable scan options. The File Explorer integration allows you to trigger file scans from the right-click menu. On top of that, you get a bootable rescue environment which helps clear away even the most persistent of malware. Different scans can be run simultaneously. The scans can be customised through the Manage Scans tool.

Installing the Antivirus Plus on your device will automatically add Bitdefender’s Anti-Tracker extension to Google Chrome and Firefox, and it also works on Safari and Internet Explorer. Firefox and Internet Explorer will also get the Wallet extension (password manager). Chrome users will be asked whether or not they want to install it on their preferred browser. That said, the program also installs a bunch of other background processes, services, drivers, and so on, that might drain the resources and impact performance.

A one-year licence for Antivirus Plus on three devices will cost you $45 for the first term, renewing at $60.

Bitdefender Internet Security is the product that, in addition to all the features from the Antivirus Plus, comes equipped with a set of parental controls, intelligent firewall, spam filter, webcam hijacking protection that allows you to control apps’ access to your web camera, and microphone usage monitoring to check which apps are using your mic at the moment and to stop those doing so without authorisation. If you have enough expertise, the firewall can be tinkered with in detail - setting the rules for ports, protocols, IP addresses, and so on.

Bitdefender’s handy parental controls offer such options like limiting your kids’ screen time on desktop and mobile, restricting specific apps’ use, as well as monitoring and blocking calls and messages. Users who want more can upgrade to Bitdefender Parental Control Premium for features like detecting cyberbullying and grooming, or requests for phone numbers and addresses.

The price of its one-year three-device licence is $46.66 for the first year, increasing to $80 when renewed.

The ultimate, Bitdefender Total Security takes all the advantages from Antivirus Plus and Internet Security and combines them with device optimisation options and apps for Mac, Android, and iOS platforms, in addition to Windows that is already featured in the other packages.

These apps have perks of their own, such as the Mac app deploying superior anti-phishing measures and Time Machine protection aiming to protect your backups from ransomware. Mac users will also get a limited version of Bitdefender VPN.

Downloading Bitdefender Mobile Security for iOS will get you capable malicious URL filtering, while the Android app takes it a step further from the Mac and iOS versions. It offers such advantages like an app locker to protect your sensitive information, scanning of dangerous apps upon installation, as well as anti-theft tools that include locating, locking, and erasing of your stolen device remotely.

Total Security also throws in some basic clean-up and optimisation tools which allow you to modify individual apps’ booting behaviour (enable/disable/delay). On top of that, it can cover up to five devices, under the one-year licence which costs $51.4 for the first-time buyers, rising to $90 upon renewal.

Bitdefender 2020 has products for various budgets and security requirements. Whichever you opt for, you won’t end up disappointed. The Free Edition will give you basic but capable functionality forever, no strings attached, while the Antivirus Plus will expand it with several useful features and more efficient ransomware detection.

The Internet Security will build upon the Antivirus Plus with such tools like smart firewall, spam filter, webcam/microphone protection, and parental controls, while the top-of-the-range Total Security will provide the most comprehensive antivirus protection there is - with an emphasis on powerful blocking malicious websites. It does take some toll on the resources but it might be expected from such a powerful platform.

Bitdefender 2020 offers a range of high-quality, user-friendly, and feature-rich solutions for everyone’s budget and requirements.