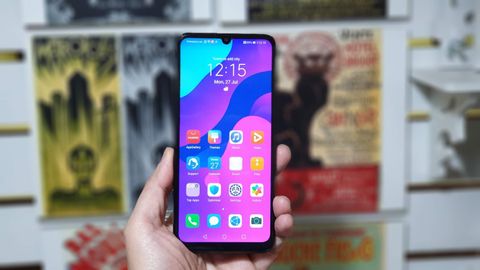 The Honor 9A marks an important milestone in the company’s story despite being an entry level phone.

Honor has launched the Honor 9A, its first entry level smartphone in the COVID era. This comes after the Honor 30 series launch back in March 2020 (which included four devices) and the Honor X10 5G in May 2020. There’s one more reason why the Honor 9A is an important model for the Chinese smartphone maker, despite its status.

It is the first one to come with Huawei’s Mobile Services and the first one to have a launch outside Chinese frontiers. But in this new world, will it be good enough to capture the hearts and minds of millions?

The Honor 9A is available direct from Honor for £129.99 including delivery and a free gift (a mini speaker worth £29.99), 1-year subscription to Huawei Storage (with 50GB) and three movie vouchers.

As for other models before, the Honor 9A is available in midnight black and phantom blue, although at the time of writing only the first one was available.

In the front, there’s one 8-megapixel selfie camera, bang in the middle of the facia, and the large screen is covered with glass that’s unlikely to be Corning Gorilla glass. That said, it is cold to the touch and a bit of a fingerprint magnet.

At the back can be found a trio of sensors (13, 5 and 2-megapixel) at the back mounted on an island which - in theory - make them more fragile as they’d likely hit the ground first when falling flat. The lot is next to a fingerprint reader and the glass back gets covered with fingerprints quite easily.

The SIM tray, one which can contain two SIM cards and one microSD card, is located on the left while the volume rocker and the power button are located on the right. The bottom of the device hides a single speaker, an audio connector and sadly, a micro-USB port.

Inside the Honor 9A is a Mediatek Helio P22 system-on-chip, with eight A53 cores and a PowerVR GPU. There’s only 3GB of RAM - which should be just enough to run your apps - and 64GB system storage based on the faster eMMC 5.1. A nice surprise.

Other features include 802.11n, a larger-than-average 5,000mAh battery and a 6.3-inch screen with a 720 x 1600 pixel resolution. The box that housed the Honor 9A included an instruction leaflet, a bunch of manuals, a 10W fast charger plug, a USB cable and a wired pair of earphones.

The phone runs Android 10 with Honor’s own Magic UI (v3.1) and while the operating system - being open sourced - is a known quantity for existing Android users, AppGallery, Honor’s alternative to Google and based on Huawei Mobile Services, is not. You will receive all security updates but you won’t get any Google Mobile Services out of the box: no Chrome, no Google Play, no Youtube, no Gmail.

Our sister website, TechRadar, has a comprehensive rundown on how to install Google Play Store on Honor (and Huawei) smartphones but the whole process is unofficial. Using the Honor 9A to its fullest potential requires the user to register with Huawei, something not everyone will be comfortable with, despite the Chinese vendor assurances.

If you open a Huawei ID account, you also get 15GB free cloud storage added for a year. After that, you can only buy data storage; 50GB for about £12 per year with options up to 2TB. You are able to use two SIMs at the same time and the memory card slot, an improvement on other value smartphones.

A few minor useful features add to the value of the 9A: an FM radio that doesn’t need an antenna, which means you can play it via the speakers, great for when you don’t have access to data networks and want to listen to the latest news (Honor rates the speaker at a whopping 88dBA and yes, it is loud).

In addition, the phone’s battery can also be used to charge other compatible devices, great in case of emergency. We also liked the “simple” mode which strips the UI of anything superfluous and increases the size of the icons, great for some users that require a minimalist interface. There’s also an e-Book mode.

There’s plenty of competition at this price range, even from well known brands. Not surprisingly, there’s one Honor device, the Honor 10 Lite which costs the same but doesn’t come with the speaker freebie. It has a 24-megapixel front facing camera with a much higher screen resolution and 802.11ac Wi-Fi but one fewer camera sensor and a much smaller battery (there’s also the smaller Honor 8A 2020 but there’s no real reason to buy it). Other rivals at a higher price point (£139 or more) include the Motorola G8 Power Lite and the Alcatel 3XL.

The lower end of the market is where profits are eroded and every penny is counted (and counts). Honor is taking a very risky bet with the 9A, one where it expects customers to embrace HMS without flinching, magically eschewing their decade-long dependence on Google Web Services. That remains the biggest existential threat to Huawei and to Honor, alongside the ban on the use of arm-based processors.

Enough about geopolitics; the 9A is what it is, an entry level smartphone. It has a big battery, a nice design, four camera sensors, a 2-year warranty and a keen price. It won’t set your world alight with 3GB of RAM and the lack of 802.11ac Wi-Fi and Type-C USB are minor but still annoying. Ditto for the HD+ resolution, a painful reality, especially on such a big display but we understand that corners have to be cut to reach the required bill of material.

Is there a better phone at this price? No. Ultimately, what counts is that Honor, with the 9A, produced one of the most balanced entry-level smartphones of 2020. Whether you should accept the compromises is another story.

The Honor 9A marks an important milestone in the company’s story despite being an entry level phone.