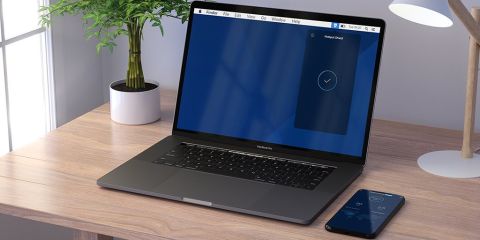 Some logging issues aside, Hotspot Shield is a well-rounded VPN platform that uses proprietary technology to deliver turbocharged speeds and connection stability, as well as fast torrenting and streaming capacities, all through its exceptionally user-friendly apps.

Hotspot Shield is a popular VPN platform recently acquired by Pango. This acquisition has allowed any user signing up for the VPN service to utilise three more products - the 1Password password manager, the Identity Guard identity theft protection service (US-only), as well as the Robo Shield robocall and spam blocker (US-only).

The VPN vendor offers a decent ad-supported free tier but truly shines in its Premium version, removing ads and limitations in terms of data transfer, features, and server access. Specifically, all users can utilise over 3,200 servers in 80+ countries.

Apps are available for all the major platforms - Windows, Mac, iOS, Android, and Linux. Unfortunately, due to the proprietary Catapult Hydra protocol’s lack of support for many other platforms (for now), it can be installed on hardly any other device except those listed above, as well as Android TV and routers that support DD-WRT and FreshTomato firmware. The platform is also offered as a Chrome extension.

Up to five devices can use the VPN at the same time, but the fact that Hotspot Shield can be enabled on a router allows it to expand the coverage to a virtually unlimited number of devices connected to that router.

Given how limited Hotspot Shield’s free product is - one server location only, 500MB daily data limit, and 2Mbps speed, you will probably want to switch up to one of its Premium subscription options.

The monthly one comes with the price tag of $12.99, followed by the less expensive, annual option priced at the equivalent of $7.99/month. There’s also a 2-year option at $6.99/month. You’ll get most for your money if you pick the 3-year subscription which slashes the price to only $2.99/month. Payment is possible via credit cards and PayPal.

There’s no free trial, but the free tier should give you enough insight to decide if you like what this provider has to offer. If you do pay for the service and end up disappointed, you’ll have 45 days to ask for your money back, which is a rather generous refund period in this business.

Hotspot Shield doesn’t list the usual protocols like OpenVPN, IKEv2, or L2TP/IPSec. Instead, it uses its proprietary Catapult Hydra technology with a primary focus on speed and performance.

Catapult Hydra doesn’t differ much from the competition in terms of strength of the mechanisms it deploys to safeguard your privacy. According to the company, it is based on Transport Layer Security (TLS) 1.2, enforced by the 2048-bit RSA certificates, AES-128 encryption, and Elliptic Curve Diffie-Hellman (ECDHE) facilitating perfect forward secrecy which facilitates the generation of new keys with each session.

To prove its proprietary protocol is as valuable and efficient as any other, the company states it’s already being used by the majority of companies that include VPN services in their offerings, such as Bitdefender, McAfee, Cheetah Mobile, Telefonica, KDDI, and others.

The provider’s apps also feature other security tools such as preventing DNS and WebRTC leaks, and a kill switch that cuts off your Internet access if the VPN connection is terminated.

Every serious VPN features a strict no-logging policy, and Hotspot Shield is no different. It states that there will be no storing or sharing of users’ identifiers, “including IP addresses.”

However, when you read the VPN Privacy Notice in more detail, you’ll learn that the vendor does collect how much bandwidth you use, when and how long you used its services, which browsers and apps you used to access it, device identifiers, browser types, device settings, OS versions, network information, app version numbers, nature of requests you make to its servers, and your approximate location.

It also collects your IP address, but it immediately encrypts and deletes it at the end of your VPN session. No browsing activity is stored and therefore cannot be shared with anyone. However, the amount of logging is a bit higher than usual and there’s no way to confirm if your information is truly safe from snooping authorities and other organisations, as we’re yet to see Hotspot Shield inviting an outside auditor to check and verify its privacy claims.

Access to Netflix, BBC iPlayer, and similar services that typically enforce regional blocks in certain places is among the most desirable qualities a VPN can offer. Hotspot Shield excels in this area, as it unblocks geo-locked YouTube content, BBC iPlayer, Hulu, Disney+, and Netflix. Its luck does run out when Amazon Prime Video is concerned, though.

Although it’s not openly advertised, torrenting is supported by all of Hotspot Shield’s servers, with no restrictions on bandwidth. There are even a few guides to assist beginners in using the service for such purposes.

For any issues you encounter while using the service, feel free to consult the provider’s support documents, some of which you can access in the apps themselves. The more complex ones can be found on the support website. All the articles are organised in categories according to platform and topic, including Manage Account and Payments and Subscriptions.

If you still can’t find a satisfying solution, then your next step is to reach out to the helpful customer support agents, available at all times through live chat and email, and ready to assist you with anything you need.

If we overlook some of the areas where improvement is needed, such as the logging that can exceed the comfortable amount and the lack of a third-party audit, Hotspot Shield is an excellent, inexpensive, and beginner-friendly VPN platform that will give you top speeds thanks to the implementation of its proprietary Catapult Hydra protocol, access to Netflix and BBC iPlayer, as well as torrenting via its P2P-friendly servers. It can’t be installed on many platforms, but the provider’s intent on changing this is evident in the incorporation of support for routers and Android TV.

Some logging issues aside, Hotspot Shield is a well-rounded VPN platform that uses proprietary technology to deliver turbocharged speeds and connection stability, as well as fast torrenting and streaming capacities, all through its exceptionally user-friendly apps.