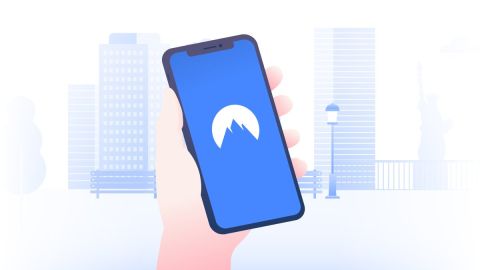 NordVPN is a great choice for anyone who wants robust security, perfect privacy, access to blocked streaming services and P2P file sharing, useful extras, and more.

Panama-based NordVPN is a major player in the VPN sphere that has been offering constantly superior service and steadily growing its network since its launch in 2012. For the moment, it has one of the largest web of servers in the industry, counting 5,282 units and spanning across 80 locations and 59 countries in the world, guaranteeing excellent speeds and stable connectivity.

Clients are available for Windows, iOS, Android, Linux, Mac, as well as Android TV, and there are also manual installation guides to help you set it up on plenty of other supported devices and platforms. Once installed, the platform can be used on six different devices at the same time. NordVPN also has proxy extensions for Chrome and Firefox.

All the clients are insanely easy to install and use - just download them from the website or check out one of over 50 tutorials guiding you through the manual installation process and you’re good to go. You can connect using a map, list of servers by country and category, or simply by typing the desired location in the Search box.

The features include all the usual - bullet-proof AES-256 encryption algorithm, OpenVPN protocol support, DNS leak protection, and a kill switch - a handy mechanism that pulls your device off the Internet if the VPN connection is terminated.

Extras that make NordVPN stand out from most of the competition include Onion over VPN, Double Data Encryption, as well as the CyberSec technology that keeps pesky ads, malware, and phishing attempts away from your device.

Another potentially very useful feature is the ability of the platform to shut down the VPN connection, then automatically reestablishing it after several minutes. This can come in handy if you need to temporarily shut down the VPN for any reason and then you forget to turn it on again.

NordVPN offers four subscription options, starting with the most expensive but shortest one - monthly plan at $11.95. Paying for an entire year at once drops the price to $6.99/month, for two years to $4.99, while the lengthiest and most affordable is the three-year subscription that costs an equivalent of $3.49/month.

If you decide to purchase the provider’s services, you’ll be able to pay in multiple ways - PayPal, various cryptocurrencies, credit cards, AmazonPay, SOFORT, UnionPay, and others.

There’s no free trial, but a no-questions-asked 30-day money-back-guarantee should put your mind at ease. You do have to purchase a subscription, but you can cancel it at any moment during this period and you’ll get your money back, regardless of the reason.

Your presence on the World Wide Web will be perfectly anonymous if you opt for this VPN. This is due to all the powerful mechanisms NordVPN has put in place to achieve this goal. These tools include the military-grade AES-256-GCM encryption and support for Perfect Forward Secrecy that allows keys to change with each connection.

To ensure your traffic and sensitive information don’t leave your device even if the VPN connection drops, NordVPN deploys the industry-standard kill switch feature, terminating your Internet connection on such an instance. Unlike most other VPN services, here you’ll find an additional kill switch functionality which shuts down specific, user-defined apps if your VPN connection drops.

NordVPN also blocks DNS, WebRTC, and other kinds of leaks. Its Linux and iOS clients feature the new WireGuard-based NordLynx protocol which ensures above-average speeds on the select servers that support it (more to come).

Many VPN vendors say they don’t log your sensitive data and surely, NordVPN claims so as well, saying it won’t monitor, record, log, or store your activities, nor will it pass them onto third parties. It also adds that it doesn’t store connection timestamps, used bandwidth, session information, IP addresses, traffic logs, or other data.

But NordVPN doesn’t just list these things on its website - it has also taken measures to prove them, by enlisting the outside auditors from PriceWaterhouseCoopers which confirmed its no-logging claims.

On top of this, NordVPN is located in Panama, a country with no laws requiring the companies to retain any data from its clients.

NordVPN is compatible with a wide array of platforms. It has apps for Windows, Android, iOS, Mac, Android TV, and Linux. There are also proxy extensions for Chrome and Firefox which don’t have the full functionality seen in some other VPN browser extensions but can efficiently protect you from IP leaks, malware, and ads. All these are easy to install and use, but if you need any help, you can find manuals on the website.

Tools and guides are also available for manual installation of the service on a long list of other platforms, including routers, MikroTik, Raspberry Pi, Synology NAS, BlackBerry, and more.

Torrenting is supported as well, even though there aren’t any loud claims about it on the website. You won’t be able to torrent on all of the provider’s servers but there are more than enough of those that are optimised for large file sharing via P2P clients. Thanks to all the privacy features and the no-logs policy described above, NordVPN is a great choice for such activities.

The first step upon encountering any issues while downloading, installing, or using the NordVPN service, should be to pay a visit to the provider’s support site, where you’ll find plenty of articles, FAQs, and other useful content distributed into several categories and searchable by keyword via the Search box. Getting around the support section isn’t as intuitive as expected but will still provide valuable assistance, once you succeed.

If you don’t manage to find what you’re looking for in the support section, feel free to reach out to NordVPN’s consistently friendly and helpful customer support agents that are available at any time of day or night via live chat and email.

NordVPN is an experienced and versatile VPN service that offers an outstanding level of anonymity, security, as well as access to geo-locked content and P2P file exchange, all supported by a big stack of high-quality features and extras.

NordVPN is a great choice for anyone who wants robust security, perfect privacy, access to blocked streaming services and P2P file sharing, useful extras, and more.