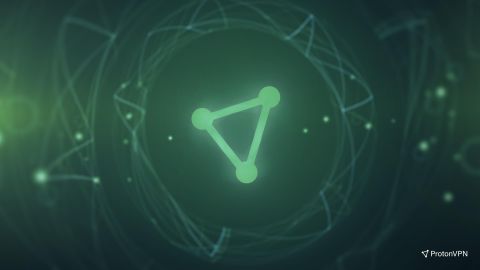 Despite its lack of features and servers, TunnelBear is a transparent and capable VPN platform that provides a core service for a typical user. While experts might see its approach as overly simplistic, this is just what might make it more appealing to beginners. You won’t be able to view Netflix but you will be able to torrent with high speeds and connection reliability. On top of that, you can be certain that your privacy is the most important thing to this provider, and it keeps proving it year after year.

TunnelBear is a Canadian VPN vendor owned by cybersecurity giant McAfee that doesn’t have a multitudinous network of servers or a long list of advanced features and instead likes to keep things simple, focusing on its core service.

It has servers in only 23 countries, but it supports with its native apps and extensions a wide array of platforms, including Windows, Android, Mac, iOS, Chrome, Opera, and Firefox. You can run the service on up to five devices at the same time. There’s limited support for installing it on Linux but unfortunately, manual installation isn’t possible on any additional devices like routers, gaming consoles, or smart TVs. There are OpenVPN configuration files, but they’re painfully difficult to track down on the website.

All the apps are remarkably simple and easy to get around, with the clients featuring a map where you can choose your desired location. Choosing a location is also possible via a drop-down list of locations in alphabetical order.

TunnelBear offers a free tier for all who’d like to get a taste of its service, and we do mean only a taste, as the free plan is limited to only 500MB of monthly traffic. There is, however, an option to add an extra 1GB if you tweet about the provider.

Premium options include a monthly, yearly, and 3-year subscriptions, with the monthly costing $9.99 per month, and the yearly dropping to $4.99/month ($59.88 billed every year). The 3-year option will cost you only $3.33/month and TunnelBear will even throw in three years of full use of its RememBear password manager for free. RememBear typically costs $2.50/month if you take its 2-year subscription.

Payments can be done solely using credit cards, while Bitcoin is available if you’re paying for the annual package. There’s no mention of a money-back guarantee, and the provider only mentions it briefly on the website, saying that certain requests may be considered “on a case-by-case basis”.

Several mechanisms are employed by TunnelBear to safeguard your privacy. These include VigilantBear - a kill switch that jumps in whenever the VPN connection is interrupted and cuts off your entire Internet traffic to protect your privacy from prying eyes, GhostBear that makes your VPN traffic appear like normal Internet activities to anyone watching, especially in the countries that actively block VPNs, and a Trusted Network list which allows you to modify the VPN’s behaviour when connecting to specific networks.

The Android app also features the split-tunnelling option called SplitBear, allowing you to define which apps will always bypass the VPN connection, while the rest of the system is covered by it. This is especially useful for certain apps that require access to your private data, such as for mobile banking. The iOS app, however, is a bit more basic, with no split-tunnelling, a kill switch or the GhostBear tool, but you do get a Trusted Network feature.

Browser extensions extend the functionality of most VPN apps and the same goes for TunnelBear, whose Chrome, Firefox, and Opera extensions allow connecting to the VPN via a keyboard shortcut.

TunnelBear is clear about its no-logging policy, going into detail about all the things it does and does not collect. So we learn it won’t collect any IP addresses visiting its website, IP addresses connecting to the service, DNS queries while connected, or any information about websites, services, or apps used while connected. As for things it does collect, these include the data connected with the platform’s operations, like your device’s OS version, TunnelBear client version, as well as the bandwidth used per month. None of these things can be connected with the specific user’s identity.

The company takes a step further from just claiming it doesn’t collect your private data. Namely, each year it brings independent auditors to perform detailed security checks of different portions of its platform and issue a report with their findings. The audit covers TunnelBear’s Windows and mobile apps, browser extensions, public website, backend and frontend systems, as well as the service infrastructure.

While many VPN services allow you to access popular streaming services like Netflix, BBC iPlayer, Disney+, or Amazon Prime Video, this doesn’t seem to be the case for TunnelBear. In fact, not only is there no mention of these capabilities on the website, but our own testing supported it. The only geo-limited content we were able to view with the help of TunnelBear were on the US-only YouTube channels.

Although P2P is referred to only once on its entire website, TunnelBear supports torrenting on all of its servers. Some locations are better than others for such purposes, and you can ask the always friendly customer support team for recommendations.

If you require assistance with the platform’s use or installation, the web-based support centre might put you on the right track. Here you’ll find detailed support articles divided into categories based on the area of the service they cover, such as Getting Started, Billing & Payments, or Troubleshooting.

To raise your concern to a higher level, you can contact the provider’s “Support Bears”, via the Contact page. There’s no live chat option, but there’s a bot which can narrow down your issue by asking pointed questions such as about the type of problem, your device’s OS, etc. after which your question can be directed to the human support.

TunnelBear could use some work in various areas (server count, platform support, unblocking VOD services, money-back guarantee) but it's exceptionally beginner-friendly and has made it its mission to prove to the world it’s fully devoted to users’ privacy.

Despite its lack of features and servers, TunnelBear is a transparent and capable VPN platform that provides a core service for a typical user. While experts might see its approach as overly simplistic, this is just what might make it more appealing to beginners. You won’t be able to view Netflix but you will be able to torrent with high speeds and connection reliability. On top of that, you can be certain that your privacy is the most important thing to this provider, and it keeps proving it year after year.